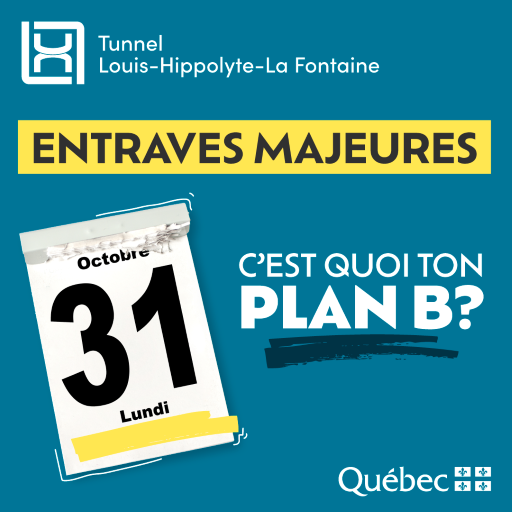 The ministère des Transports et de la Mobilité durable informs road users that three lanes of the Louis-Hippolyte-La Fontaine tunnel out of six will be closed from October 31, 2022, until November 2025 to continue the major repair work.

Traffic management from October 31 until November 2025:

The purpose of the work is to ensure that the tunnel lasts for 40 years without the need for any additional major work.

The Ministère encourages users to change their commuting habits and use public transit to ease traffic near the tunnel. Several mitigation measures were implemented for this purpose.

The Ministère and its mobility partners would like to remind users that shuttles RTL-61, RTL-461, exo-520, exo-521 and exo-532, which serve the South Shore park-and-ride lots and the Radisson terminal in Montréal, will be free for the next three years.

Until November 2022, transit fares (two rides) will be distributed to shuttle users at the Radisson terminal so they can continue their route free of charge. 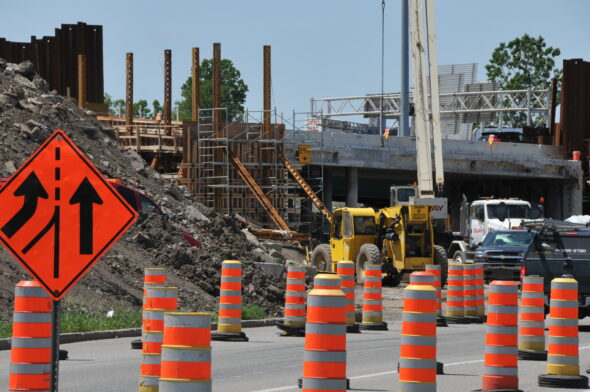